Has ‘consumer’ become a bad word? 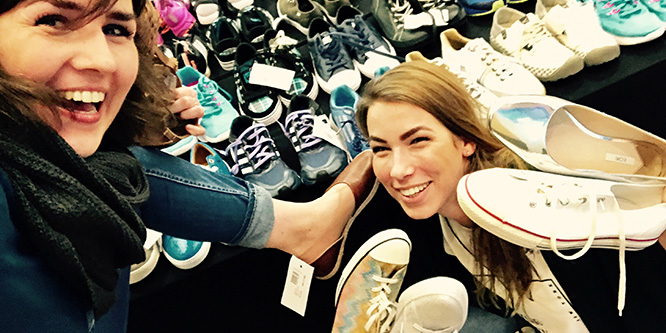 The term “consumer” is reportedly facing some backlash as over-consumption takes the blame for many environmental issues.

Writing for Quartz, Cassie Werber noted that “consumer” is used interchangeably for “person” in business publications, research and journalism.

“The argument for its ubiquity is fair: All humans consume, even if our consumption is limited to food, water, and the other things necessary for survival. Many of us consume a lot. But there’s a small, growing group that’s beginning to reject the term, together with what it’s come to mean about our society, and the kinds of economies we aspire to. Fundamentally, they say, we shouldn’t view people through the lens of what they acquire, devour, or use up.”

Retailers often use “consumers” or “shoppers” to speak broadly in business terms while referring to their own patrons as “customers” or “guests.”

Questions about the usage of “consumer” have been heard before.

As noted by The Guardian, the late Welsh socialist writer Raymond Williams wrote in 1962 that while it’s natural to refer to consumers to measure production’s link to economic activity, as the word’s use grows, “it becomes increasingly obvious that society is not controlling its economic life, but is in part being controlled by it.”

Lately, qualms over its use reflect environmental concerns. Brand messaging detailing the effect of consumerism and encouraging more conscious and responsible buying habits have become more common since Patagonia’s “Don’t Buy This Jacket” ad arrived in 2011.

Academics are also reportedly more uncomfortable with how “consumer” translates.

“Oddly, some members of our community cringe or sneer at the word consumer,” the editors of the Journal of Consumer Research wrote in a January editorial.

The editors stressed that insights into people’s choices when they are “acting as ‘consumers’” provides a better understanding into the negatives and positives of consumption. The authors wrote, “We see pressing problems in the world that have their root in consumption practices.”

DISCUSSION QUESTIONS: Should brands and retailers stop using the word “consumer” or be more careful about how it is used? Does the word run counter to sustainability messaging and goals? Is a feasible replacement available?

Please practice The RetailWire Golden Rule when submitting your comments.
Braintrust
"There are bigger fish to fry than semantics."

"So now we’re going to try to cancel 'consumption?'"

"Language should evolve in order to clarify the nature and experience of life in the world; not devolve to the point where it is impossible to communicate."

25 Comments on "Has ‘consumer’ become a bad word?"

Really? Maybe it is my age, but this borders on ridiculous.

If you want sustainability and goals, then the CONSUMERS should CONSUME less. Changing words does not help the communication in any way. In fact, it may confuse it.

Well, I was just about to write a post starting with the exact same words. Literally.

Given that 67 percent of our GDP is consumer-driven, it makes the sensitivity to the word even sillier. It’s not your age. This whole PC thing is really getting out of hand. You can have conscious consumption. Just like you could (if you wanted) have conscious capitalism. Focusing on the precise word is a waste of time.

It isn’t your age. It is, in fact, ridiculous.

Of course we could just use “people.” Oh — but wait — people cause 100 percent of all wars, most of the environmental damage, spread God knows how many diseases, are generally tribal, and have myriad other fatal flaws. So no — we have to stop talking about people altogether. Absurd!

Language should evolve in order to clarify the nature and experience of life in the world; not devolve to the point where it is impossible to communicate.

“Consumer” will always be a beautiful word in my lexicon.

Come on! A consumer by any other name is still a consumer.

To be blunt, this is pointless nonsense – most of which is totally illogical. People who consume things are consumers. Wringing our hands over the use of the term does not change that simple fact. And, regardless of views or stances on the environment, all of us have to consume to some degree. If we didn’t, we would die because we can’t live without food, water and other essentials. Moreover, there are many different types of consumer. Some are more sustainable, some more frugal, others are wasteful. The broad term doesn’t diminish those nuances. And the type of society we have reflects the sum total of the values of all consumers. The consumer, or people, are in full control and, in a free society, always will be.

I see “consumer” as a neutral term without the negative implications of the Quartz article. The term “user” as a replacement is just an exercise in semantics. Given that most retailers refer to “shoppers,” ” customers” or “guests,” this seems like a pointless argument since the term is used mostly to track broad patterns of — dare I say it? — consumption.

The retailers who refer to their customers as guests maybe is the ultimate in word nonsense.

User is the worst!

Consumer is more of a term used in business conversations, measuring numbers of, actions of, and how they consume today and how they will consume tomorrow. In this context, I think the term consumer is fine. In today’s world, friendly terms like guests are probably more appropriate. Honestly, I have never been scolded for using the term consumer. After all, we all consume. Right?

“User” is way worse than consumer.

One of the most frustrating things working with brands and retailers is the tendency to separate themselves from consumers and talk about consumers in these really negative ways.

On the flip side, we’re asking a lot of consumers right now – to be understanding of labor shortages, supply chain issues, etc.

There are bigger fish to fry than semantics.

I agree, we have bigger fish to fry than to look through a negative lens to focus on the consumers that over-consume. Most consumer purchases are based on needs, while some might be excessive, we shouldn’t assume the word is bad. There is a conscious consumer social movement that is based around increased awareness of the impact of purchasing decisions on the environment and the consumer’s health and life in general. This is one of the reasons we are seeing growth in used or rental-based stores.

So now we’re going to try to cancel “consumption?” Instead, how about we talk about the what, how, how much, when and where of consumption? Informed consumption. Smart consumption instead of more consumption. “More” has driven our economy for a long time. We don’t have to keep up with or have more than the neighbors, but that’s what we have been messaged for many decades. That is now officially *so* last century.

No. “Consumer” is an accurate word. We all consume food, clothing, and other material and that is not going to change. Changing the word will not help in sustainability matters and frankly, companies should be more worried about reaching sustainability goals than changing words here and there.

The opportunity, of course, is to use data to improve retailers’ and brands’ efforts in sustainability. Gaining a deeper and measurable understanding of each supplier and location and how that may contribute or detract from sustainability goals.

On the consumer side, there are opportunities to use sustainability data to show how different shopping activities contribute to pollution, wasted product. Educating consumers on the impact of one-day delivery vs. two-day delivery, the impact of returns, and highlighting the various sustainability programs available to them may be a better use of energy. If retailers can find a way to collaborate with consumers to achieve a better world together, it can be a win-win. No word change is necessary!

We use the word “client” because it changes the dynamic of our relationship with the end-user and drives more thoughtful engagement initiatives. Not all “traffic” or customers are clients yet, the framework forces us to look at client development by the way we treat people, build brand experiences, and the way we continually earn their business. We’re all consumers no matter the volume we consume, but when we’re running a business to serve people a more personal perspective can provide an intentional path forward.

For researchers, consumers are shoppers who select products. How much simpler can you get?

Consumers consume the services that retailers (et. al.) provide. It’s not just material goods. No reason to ponder on this one.

Really? Are people actually thinking that the word consumer can be offensive? Uh, oh! I just used the word “people.” I wonder if anyone will feel that word is offensive?!

So where does this lead us? What words are offensive? I hardly think the word consumer is one of them.

We’re all humans! These semantic wars are creating unnecessary tension in society and diverting our energy away from pressing issues like war, hunger, and environmental concerns.

It is not a problem of being a consumer. The problem is over-consumption. Every item up for sale needs to have a sign next to it that asks one question: do you really need this item?
How many retailers are willing to put that sign on the shelf?

I’ve always been pretty bad at English. Meaning, I don’t always use it properly. But I think that what is happening to the word “consumer” is, essentially, what has happened to a great number of terms that once broadly stood for something. However, that sole meaning, nowadays, seems ill-suited to the different sub-categories we suddenly have found within—and here come the adjectives/qualifiers?! So, yes, lumping us all in as consumers may be correct, and because all of us are to some degree. However lately, it is to what degree that some on one far end of the spectrum despair at being connected too closely with those on the exact other. It has become no different than realizing one, as example, can’t be just Democrat or Republican. You have to define to what length you are one. Is yours a moderate, extreme or a waning allegiance with either party? Still, when the time comes (say, during a really important election) you pick one firm side. Which is where this is going with the word “consumer.” At… Read more »
0
|
0
-   Share

For years “consumer” has been a neutral, even scientific term in circles to describe the greater potential audience for a product or service. They evaluate, exchange money and complete the transaction. Pretty straight forward, most everyone uses it.

If the idea is to highlight overconsumption and sustainability, then go champion these with zeal. But best leave alone core terms which have worked well for decades in the free marketplace to avoid confusion.

This notion is just another candidate for the Ridiculous Hall of Fame.

Braintrust
"There are bigger fish to fry than semantics."

"So now we’re going to try to cancel 'consumption?'"

"Language should evolve in order to clarify the nature and experience of life in the world; not devolve to the point where it is impossible to communicate."