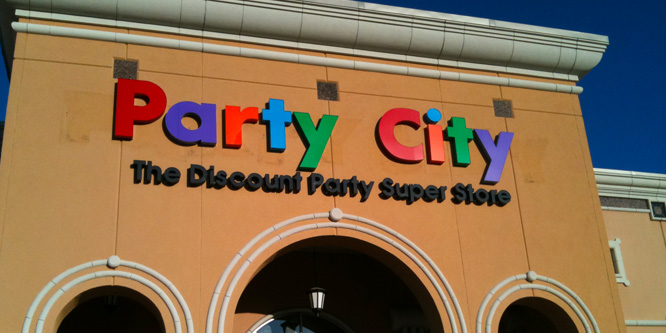 Party City has announced plans to close 45 stores. A surprise to some is that all the stores are four-wall profitable — some “extremely profitable” — and yet management says it is taking the action to improve profitability.

The chain typically closes between 10 and 15 stores each year. The announced closures represent about five percent of Party City’s 870 stores in North America.

On the retailer’s first-quarter conference call, Jim Harrison, CEO, said that when conducting its annual store portfolio review, management shifted the focus to market level performance and productivity rather than isolated stores. Due to the retailer’s vertical model, most stores are profitable independently on a four-wall basis.

He noted that Party City has consolidated the party retailing industry since 2007 with acquisitions of Factory Card & Party, iParty and other independents. With the acquired banners re-branded to Party City, the analysis deemed that many markets are now over-saturated with party stores.

Mr. Harrison expects to better maximize inventories with the closures and a substantial portion of the closed store sales will transfer to nearby locations. “This decision will allow us to better leverage our operating spend in these markets, which would be accretive to adjusted EBITDA on a full year basis,” he said.

The market optimization also creates “capital flexibility” for selective new openings in under-penetrated markets in the future. Party City sees the opportunity to open more than 200 stores in the U.S. and Canada. A pilot of slightly smaller stores (7,000 to 10,000 square feet) may offer more opportunities.

Probed by analysts, Mr. Harrison insisted that “nothing changed in the markets per se” because online has increased its share of retail sales. The closing came despite 40 percent of Party City’s online orders coming from BOPIS. He stressed the move “really is driven by our overall focus on capital allocation, debt reduction and moving our leverage ratio toward our target of three times.”

Party City’s first-quarter earnings were in line with expectations, but sales were below targets as a continued global helium shortage is impacting its balloon business.

DISCUSSION QUESTIONS: Do you see more benefits than drawbacks in Party City’s decision to evaluate the health of leases by market rather than individual store performance? What role should any online opportunities or competitive pressures play in such real estate decisions?

Please practice The RetailWire Golden Rule when submitting your comments.
Braintrust
"More benefits than drawbacks. Without a doubt. It is real maturity to recognize that your store count is too high BEFORE profits go into the tank."

"There’s not much sense in waiting until a store’s profitability thins or bleeds out to make a decision to close. "

"It is indeed a headscratcher as they are the manufacturer of much of their inventory."

19 Comments on "Why is Party City closing profitable stores?"

Retailers hate closing stores, and so the optics of closing profitable stores may seem like a disconnect. However, I think this is a thoughtful move by Party City. As the undisputed leader in the category, Party City seems to be taking the view that short term store-level profitability alone should not drive overall store portfolio decisions. Of course different store location decisions might be made in the face of competitive pressure, but the fact is consolidation in the market has minimized the number of direct retail competitors, freeing up Party City to make location decisions based on other criteria.

Harrison is keeping his business tight and trying to stay in front of the market – this is what leaders and innovators do. Evaluating market opportunity by looking at the market as a whole vs. individual store performance is more strategic and forward-thinking. Kudos to Party City for seeing an opportunity and realizing it.

Real estate is a tricky business. It is easy to get caught up with the old adage “location, location, location” and end up losing your shirt (party hat in this case) in a costly deal. So Party City’s rebalancing act on its real estate dealings can be a good negotiation tactic. This is especially true when 40 percent of its sales are BOPIS oriented. In other words, the sale is made online and supported by physical stores. But maybe customers are willing to drive an extra mile without even giving it a second thought.

Omnichannel retail is going to change more than just the face of retail. It is going to affect store sizes, location, and real estate needs.

Definitely more benefits than drawbacks. Without a doubt. It is real maturity to recognize that your store count is too high BEFORE profits go into the tank. I’ll bet Gap wishes one of its former CEOs recognized this.

With all the M&A in the space, (I was the CIO at iParty in my last CIO gig), and the vertical nature of the business – which, by the way, is the only way that industry can scale – and the franchisees out in the market, pruning the corporate store count is a smart decision.

The party supply industry is fascinating, because every single other vertical is a competitor — and pop-ups are everywhere during Halloween and Christmas season. Playing things conservatively is the way to go, for sure.

It’s good to see a retailer being proactive with its store fleet, rather than leaving decisions until the shops have declined to the point of being a drag on the business.

That said, Party City does need to keep one eye on the non-specialists out there which are slowly increasing their market share. Target, for example, has its own party branded products under the Spritz label. These have been doing well because Target is convenient and accessible, and because the products are good.

Against this backdrop, Party City can’t afford to lose the edge on convenience.

It is indeed a headscratcher as they are the manufacturer of much of their inventory. Their buying spree of other companies is putting pressure on many independents to close their doors.

Very proactive and commendable. It makes sense to increase financial flexibility. Rationalizing the store base is something that should be done continually and not just when four-wall profit turns sour.

While counterintuitive at first blush, this is an example of being forward thinking (proactive) rather than lamenting not having seen “it” earlier (reactive).

I’m confused. I get closing unprofitable stores. I get thinking about what stores you keep or drop in case store-level profitability drops. Unless they’ve tested this somewhere first, though, I think relying on people to travel to a store is risky. Yes, it’s one thing to drive another mile – but what happens if that extends to 3-4 miles? Online is starting to look better and better.

How refreshing to hear a CEO talking about maximizing their operating model rather than just going for coverage. We hear of so many retailers complaining that they are having to close stores because of the online assault. This is being proactive, understanding the density required for their market and closing stores where they have greater than that density to be able to fund stores where they do not have that density.

Congratulations to a retailer that is truly in control of their business.

Party City’s network rationalization may not seem to make sense on a store-by-store basis but is a good strategic move.

It is always a tough sell on Wall Street when closing stores, even if the rationale is solid and can lead to greater profitability. It is even harder when some of the stores are profitable and the short-term impact may be lowers sales and profits.

There’s not much sense in waiting until a store’s profitability thins or bleeds out to make a decision to close. Learning from the retail real estate era of the last 30 years, Party City is indeed taking a responsible and thoughtful look at their leases and rationalizing as they see fit with respect to trends and dynamics in their leases and customer behavior. It’s better for the customer (and shareholders) long term to engage with a retailer that is in a (cash) position to devote the right energy to the right things in the right places at the right time.

If the statement was closing profitable stores that were “downtrending” it might feel more logical. Clearly in the omnichannel world a store plays a role beyond just its brick-and-mortar presence, and measuring that building across all channels makes sense. Managing the total real estate portfolio on this basis and investing in higher opportunity locations makes sense.

It appears we are talking about a company and executive group who have their eyes focused on profitability more than store count. So many retailers think the way to increase profit is to open more stores. Then they reach that moment when they think “whoops, what happened?” Profits are not there but the overhead is weighing them down.

Party City is smartly going in the other direction where store count is not the main focus. I am thinking we are looking at the onset of a new trend in retail thinking led by Party City. They are smart. They know every retailer can be their competition and a lot of their business is seasonal.

While individual stores may “show” profit in a view from the top, as in distribution and logistics, they may realize unsustainable losses. No matter the cause(s), money is always the motivator or lack thereof.

Party City are smart to be thinking long-term about their store portfolio. Rather than having their hand forced by external circumstances, the company is bring proactive. I don’t know exactly how far away the next Party City store is from the ones that are closing but if they’re smart it will not be far. There’s little need for a retailer to have multiple stores serving almost exactly the same customer base. Making the right changes now could mean Party City is in a stronger position long-term to weather other changes/those who might try to encroach on its business.

This looks like a very good decision based on what is happening in the retail space.
It is no longer the number of stores as much as the position of those stores.

Without seeing the data, it’s hard to make a clear call on this. There is a clear benefit to focus, but in most cases when I see a retailer close stores it’s not because they have too many stores, it’s because they don’t have enough brand (i.e. customer relevance and trade area market share). Many also use the wrong metrics to make these decisions.

4-wall productivity and sales/square foot are increasingly outdated metrics in a world where the role of the store is fundamentally changing.

In the new world it is better to be lean and flexible on your store footprint. Many retailers end up with too many sunk leases they can’t get out of. With these profitable stores, some may have unfavorable lease terms, so in the long run they should move on to wait for better opportunities.

Braintrust
"More benefits than drawbacks. Without a doubt. It is real maturity to recognize that your store count is too high BEFORE profits go into the tank."

"There’s not much sense in waiting until a store’s profitability thins or bleeds out to make a decision to close. "

"It is indeed a headscratcher as they are the manufacturer of much of their inventory."