Can Trader Joe’s shake off its racist branding tag? 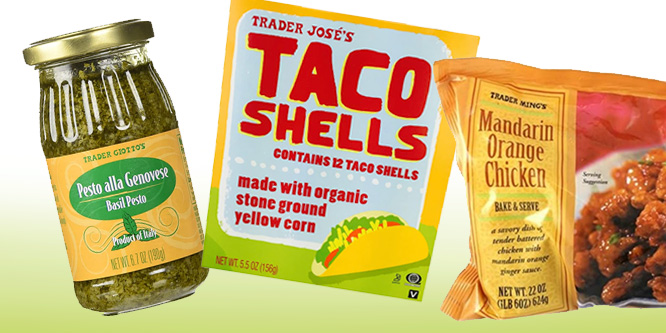 Trader Joe’s has announced that it plans to rename its private label items branded as Trader Giotto, Trader Jose and Trader Ming’s after an online petition signed by more than 1,500 on Change.org called the names racist.

The grocery chain claims that it had undertaken the process of renaming the items even before the petition was launched last week.

“While this approach to product naming may have been rooted in a lighthearted attempt at inclusiveness, we recognize that it may now have the opposite effect — one that is contrary to the welcoming, rewarding customer experience we strive to create every day,” Kenya Friend-Daniel, a spokesperson for Trader Joe’s, said in a statement.

Ms. Friend-Daniel said that Trader Joe’s expected to have the label changes “completed very soon” but was unable to provide an exact date. “Packaging for a number of the products has already been changed, but there’s a small number of products in which the packaging is still going through the process,” she said.

The petition brought against Trader Joe’s and the chain’s response are part of a larger movement to foster racial sensitivity and equality in the wake of protests around the country that followed the death of George Floyd while in the custody of police officers in Minneapolis.

PepsiCo’s Quaker Oats (Aunt Jemima) and Mars (Uncle Ben) are among food companies that have announced name changes and rebranding of products that were said to perpetuate racial stereotypes.

DISCUSSION QUESTIONS: Has Trader Joe’s image been damaged by charges of “racist branding”? How do you assess Trader Joe’s response to the charges?

Please practice The RetailWire Golden Rule when submitting your comments.
Braintrust
"The Trader Joe’s customer is very loyal and very committed to the brand. I don’t see this as a long-term issue at all."

"What amazes me is how a mere 1,500 “signatures” can cause such uproar. (If only that would work on a governmental level!)"

"I’m personally sympathetic to matters of systemic racism and abusive policing, but making noise about an issue like this runs the risk of trivializing the important issues."

30 Comments on "Can Trader Joe’s shake off its racist branding tag?"

I don’t see any real damage being done to Trader Joe’s from this. The intention of the sub-brands was clearly lighthearted and was not intended to offend. The company acted when people complained and petitioned and is making changes to become more sensitive and appropriate. Bottom line: Trader Joe’s is a good company that has great food at great prices, and it listens and responds to customers.

Agree completely, Neil. The vibe at Trader Joe’s is fun, not menacing. I don’t see any lasting repercussions either.

The racial tension in the US is palpable and any brand/retailer that includes an ethic tone is having to do some serious reflecting on how they need to respond in the current climate. Trader Joe’s, like so many others, will need to think carefully about how they manage this, but whatever they do, any modicum of racist branding needs to be expunged, period. While Trader Joe’s response was reasonable, I believe they missed an opportunity to make an even stronger statement.

I don’t get it. Jose can’t be a brand name for Mexican food now? Giotto on some Italian food? Ming on some Chinese food? Then why is the name “Joe” appropriate to be branded on food? I am sure some ethnic group with Joe’s in it may be offended too. Or can only certain groups be offended?

The names have been in place for a very long time. As mentioned in the article, I believe it was a poke at being light-hearted when naming their product lines, but now is the right time to make the name change and the company is being transparent about the need to change. Good for them.

No damage and no, they should not change. There’s nothing racist about using an Hispanic name for Hispanic food, an Italian name for Italian, etc. Those 1500-odd signatories need to get over it.

Agree they should not change these names — it is ethnic food. This is a real slippery slope we are going down.

Trader Joe’s has passionate shoppers. I’d be interested how many of 1500 actually ever shopped there, but I digress. I’m glad they had started the review prior to the petition. There is no harm done. Progress moves forward.

The Trader Joe’s customer is very loyal and very committed to the brand. I don’t see this as a long-term issue at all. I am, however, very torn on the removal of anything that is perceived as having a racial overtone. Will this, in fact, have a negative effect on the racial equality movement? If you have to name or brand everything with “Joe” instead of “Jose” for example, will people not have any exposure to ethnic names in the products or services we are buying? As a middle-aged white guy, I can’t purport to know what is offensive and what isn’t, but this question has popped into my head as I’m seeing all of these issues raised.

At first sight, it sounded patronizing.

No, this is a temporary event that has impacted several retailers and brands in this wave. Their branding is whimsical and was not intended for any harm and an overwhelming majority of consumers understand that. Using Joe in different languages helped described the product based on the food’s traditional origin and heritage in a fun and unexpected way that ties to their light-hearted approach to packaging. Trader Joe’s has responded accordingly and already has the wheels in motion to rebrand the products. Two of their core values of Kaizen (getting better every day) and Produce Wow Experiences will guide them forward through this branding crisis.

These kinds of things blow over in a week now when the next celebrity says something or someone tweets a photo of themselves from elementary school. The culture that surrounds this kind of momentary rage is as fickle as the wind.

On second thought, I don’t like the brevity of my first comment. I do think it is proper and right what Trader Joe’s is doing in their response.

I’m personally sympathetic to matters of systemic racism and abusive policing, but making noise about an issue like this runs the risk of trivializing the important issues. These sub-brands don’t trade in the same kinds of stereotypes as Aunt Jemima or Uncle Ben’s, unless I’m missing something. But if TJ’s was already in the process of renaming these products, it’s their prerogative.

I consider myself to be sensitive to the insensitive. But someone is carrying this one to the extreme. When I have noticed their branding, it has been with a smile, not a cringe. I think my son-in-law (José) would find it kinda cool. I would be disappointed if they make any changes.

Maybe, I am not sensitive enough?

It was Stephen M. Covey who came up with the brilliant insight that, “We judge ourselves by our intentions and others by their behaviour.” That seems to apply here. I have no doubt that the “intention” of Trader Joe’s was totally benign regarding product names. Okay sure, perhaps in the current environment they would (and will) do something different, but there’s this unavoidable implication that this has some evil intent.

What amazes me is how a mere 1,500 “signatures” can cause such uproar. (If only that would work on a governmental level!) I’d like to see the ethnicity of those names. I also expect an uprising by the Society for the Integrity of the Name Joe. Apparently there are 8,975,100 potential signatories globally.

Fortunately, if you look up “class” in the dictionary you’ll see the Trader Joe’s logo. They will do what’s right and most of us will shop there forever.

As always, spot on Ian. I thought the same things.

Trader Joe’s has always been recognized as an inclusive brand. The action they are taking, whether you agree or not, shows that they are in tune with their customers.

Trader Joe’s is making a good branding decision and is unlikely to see any damage from this, given their strong loyal customer following. If anything, this may bring the brand to the attention of shoppers who had yet to visit a Trader Joe’s and now may do so.

Trader Joe’s has done an exemplary job of opening-up different world cuisines to non-foodies. TJ’s offers everyone a low-cost opportunity to try cuisines from countries across the globe. From a different perspective, it is fun to try dishes from other countries and ethnicities. How should TJ’s label ethnic dishes? Will ethnic restaurants be next?

The short answer is no. Customers are exceedingly loyal to the Trader Joe’s brand and will continue to be so. Assuming the “we are already on it” statement is accurate, it shows that they had already become aware of the issue and were addressing it before the petition.

Hi Mel, I shop Trader Joe’s often and I am a Hispanic person. I don’t find offense in it — it’s kind of tongue in cheek. The products are good, and I have purchased them for years, but again we are in a different time in our society.

This was a solution in search of a problem. Companies are responding to a (very) vocal minority when the vast majority of people of all ethnicities did not view it as an issue. Attempting to score a few, cheap woke points on social media only encourages the mob to push further and further. Trader Jose’s is hardly a “racist” term (leaving aside for the moment that nationality is not race) and changing it is dumb. Companies have already been charged with cultural appropriation for supposedly white washing contributions from other cultures, so what Trader Joe’s has done is actually eliminated the culture altogether. Also, is there no longer allowed to be humor? The current state of comedy would suggest no, we’re not allowed to poke fun at anyone anymore because of “feelings,” but calling a product “Trader Jose’s” is simply fun, not bigoted. If the mob is given its druthers, soon all we’ll be allowed to have are plain boxes with plain lettering, just like when generic products first hit the shelves many years ago.… Read more »
10
|
-1
-   Share

How long will this keep going on, caving in to demands that barely exist, to look politically correct? There was no malice in these names, and yet 1,500 people out of 340 million decided to complain. Sorry, but this is nuts. If Trader Joe’s wants to retool and rename their products, so be it. I guess this won’t end until everyone does “the right thing” and conforms to the whims of extremist views on how we should run our businesses.