Is $119 too much to pay for an Amazon Prime membership? 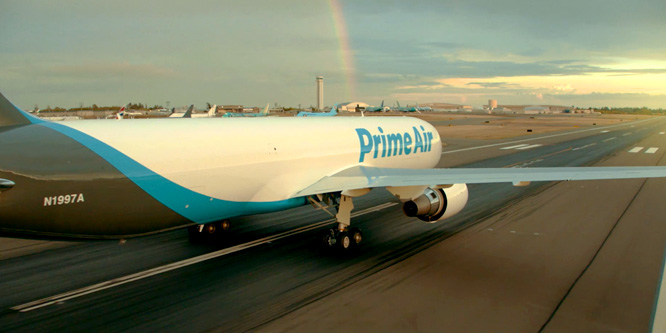 Amazon.com has over 100 million people subscribed to its Prime program, which offers free shipping, video viewing and a host of other perks for an annual fee of $99. Yesterday, Amazon announced that it was taking the price for an annual membership up to $119. Will Amazon’s legions of fans be willing to pony up $20 more a year to remain in Prime? Will the increase slow Amazon’s ability to attract new members to the program?

“We continue to increase the value of Prime, including speed selection and digital entertainment options,” he said (via Seeking Alpha). “We’ve been expanding free same-day shipping and one-day options. And our two-day shipping, it’s now available on over 100 million items, up from 20 million as recently as 2014. And we continue to add digital benefits like Prime Video.”

Amazon shrugged off concerns about raising its annual Prime membership rate from $79 to $99 in 2014. At the time, Amazon had gone eight years between raising its subscription rate and most, even those who grumbled, justified the increase based on added benefits and the fee remaining just south of $100.

With its latest announcement, Amazon is essentially admitting that operating Prime is an expensive proposition for the company. In addition to expanded benefits, Amazon has invested heavily in expanding its own private fleet of delivery services. It is in the process of bringing Whole Foods into its package of benefits with free two-hour Prime Now deliveries in a growing number of markets.

Mr. Olsavsky said Amazon has a number of programs in place for individuals who may find paying $119 in one shot too much. He pointed to a monthly subscription option as well as discounted programs for students and other groups. In the end, he said, “We do feel it’s still the best deal in retail, and we just work to make it better and better each day.”

Amazon posted a net sales increase of 43 percent during the first quarter, while operating income rose 92 percent to $1.9 billion.

Please practice The RetailWire Golden Rule when submitting your comments.
Braintrust
"People will complain, but I don’t think many will cancel their memberships."

"While some consumers may grumble about the Amazon Prime price hike, most will grin and bear it. Why? Because it is still a great value..."

"Tiered Prime options would be a win for more consumers and allow Amazon to place a premium on the urgency/demand of services like same-day delivery."

Some Amazon Prime customers may gripe, and others may quit, but the overwhelming majority will pony up the extra $20. We’ve become addicted to one- and two-day delivery and the host of other Prime services.

Of course there will be reluctance, but I’m betting the extra $20 per body will outweigh the losses from those who leave. It’s unlikely that heavy users of Amazon Prime will leave, so you still have the long-term expected value of most of your base. Rivals can do what they want – they aren’t going to beat Amazon at its own game.

I fully agree, Stephen. Retaining existing Prime customers is not a huge challenge at a $20 increment, and those who leave are likely suitably culled for the interim. The recapture strategy will be interesting to see.

Agreed Stephen. Folks who didn’t grow up in the days when “pricing actions” was part of the annual marketing plan aren’t geared to do the “pricing math.” A 20 percent price increase requires a 16.7 percent defection rate before it doesn’t pay out. That’s why we brand managers could never win the argument with the finance guys against price increases!

So we don’t always long for the good old days, do we, Ben?

For regular users of Amazon, the free delivery perk from Prime is valuable. However, membership also gives a whole host of benefits including access to content. As such, I still see the new price point as very good value.

Netflix faced a similar dilemma a while back and opted to increase subscription fees. There was some initial drop-out, but this was more than offset by revenue gains. And over the longer term, membership numbers have continued to grow. I expect Amazon will follow a similar pattern.

This stealth price increase is a bit concerning. Amazon may face a slight PR backlash as the company just announced that they have more than 100 million subscribers and the number is growing. If Amazon could clearly articulate the incremental value benefits associated with these increases, then it may be more acceptable.

However, the Prime membership costs are now entering into a more exclusive, upper-income level, as other online competitors are attempting to compete with the overall Prime value proposition. Amazon’s reach is far and wide and expanding, so it will be increasingly more challenging to go head-to-head against the Prime machine.

In my humble opinion, the $20 per year cost increase most likely will not result in anyone dropping Prime.

At $119 per year, Prime Membership is still a no-brainer. With the $20 price increase, Amazon is mostly charging for its dramatic improvement in membership benefits over the past year. But I think that there is also an acknowledgement that the retail business may be shifting out of hyper growth mode into just “regular growth” mode. The most interesting, undiscussed number in Amazon’s Q1 earnings is the 13 percent growth rate of online stores, down from 17 percent in Q4 and 22 percent in Q3.

No. We’ve all added it up, it was WAY too much of a bargain.

What’s more interesting about all of this though is the fact that the Amazon business model is really proving out, which could/should change the way companies think in the future. That model is: growth first at any cost/learn what works/boffo profits later. It takes guts, faith and amazing intuition to not want “tests” to be profitable, but that ’90s way of thinking obviously has to change.

Congrats to Amazon for proving the “profit doomers” wrong. Stay the course and keep showing us that new path.

With the news of Amazon’s huge quarterly profits, and its $25 billion in cash on hand, plus Amazon Web Services surging in growth by nearly 50 percent, the company can certainly weather any short-term decline in new Prime members and renewals. Meanwhile, with more product brands and retailers expanding their offerings within Amazon, the value of Prime is on the rise with all shoppers, so I am confident that this increase will have little effect on the company’s results, especially since the shopping portal delivers less than 4 percent of the profit story, while AWS is trending to deliver up to 30 percent of the profits.

Amazon will definitely hear complaints about it. But it doesn’t matter. Yes, consumers will pay the $119. Amazon is a revenue and margin optimization machine. They have calculated the impact. They might lose a few shoppers, but that will be much more than offset by the incremental revenue this generates. The next question is, will they will increase it another $20 next year, or the year after?

For rivals there is an opportunity to be the hero. Will it have an impact? Well, passion and determination will always make a difference, but other retailers have a way to go to catch up to Prime. This would have to be a starting point — as long as it is in addition to another game changer. Give the customer extra value, service or a better offering.

People will complain, but I don’t think many will cancel their memberships. Amazon has us sucked in and we are used to two-day or Prime Now shipping. Collecting an extra $20 from the majority of subscribers will more than make up for the loss of any cancellations.

With free delivery with Prime, and the discounts that we take advantage of at Whole Foods, it is still a pretty good price/value proposition. For those that use it on a regular basis, as we do, it is still a good deal. Ask me when they raise the price again and I may have a different answer.

We live in a nanosecond world where we expect instant gratification. Amazon Prime delivers on that expectation. An extra $20 will be absorbed quickly and quietly. I’d be surprised if Amazon lost more than 1 percent of their existing Prime customers. Don’t forget about Prime Video.

Costco’s initial annual membership fee was $25 back in the early 1980s. They’ve increased the amount by $5 about every five years, resulting in the current Gold Star membership fee of $55 per year. We don’t hear about much pushback when Costco announces increases, why would there be any for Amazon?

A 20 percent hike is difficult to overlook, unless you have completely weaved Amazon’s Prime-only services into your daily life. I suspect limited push back by some consumers but the true net effect might be a slowing down in membership growth rate rather than churn.

From a competitor perspective, the hike by Amazon may actually give competitors a green light to raise their own fees or at the very least provide a narrative for having such fees.

What Amazon has been doing for Prime members is to continually increase the value derived and ensure they personalize their communications to the particular savings and access to services that are most meaningful to each member. Amazon’s commitment to deepen and broaden their strategic moat keeps both competitors out and current customers in.

It appears unanimous that consumers will pony up the extra $20. The only comment to add is that with the Amazon broadcast programming included with Prime, it’s still a no-brainer.

As Amazon keeps adding more benefits to Prime membership (everything from better streaming content to enhanced delivery options), most members will willingly pay the extra $20 fee. Amazon has surely done its homework on the value perception at this new price point vs. the costs of additional perks for members.

Don’t expect a hitch. Costco has been doing it successfully for years without a drop in membership. Prime will be no different.

I think there’s a bigger story at play here — and that the opportunity for other retailers. Amazon is suddenly making huge profits. Has anyone asked why? Two reasons; it is no longer selling products at a lower price (beyond some minor 5 percent differences) and it is outsourcing its “Prime” offerings to third parties. In other words, the company is starting to think more like a retailer that has to make money.

So why is that good news? Retailers, ignore the Prime price increase and focus instead on the omnichannel investments you have made — as more and more third-party prime shipments get messed up (and, at least for me, they really do), you have an opportunity to shine. Search gets interesting. Being good at what you do suddenly matters. I can list some of the companies that will do really well. I can also list those who won’t, because they still don’t understand the need for speed.

I think retailers who operate well will do well. Better. This could be good.

<a class="wc_tooltipster" target="_blank" href="https://twitter.com/home?status=I think there’s a bigger story at play here — and that the opportunity for other retailers. Amazon is suddenly making hu