Is now the right or wrong time for retailers to invest big in their businesses? 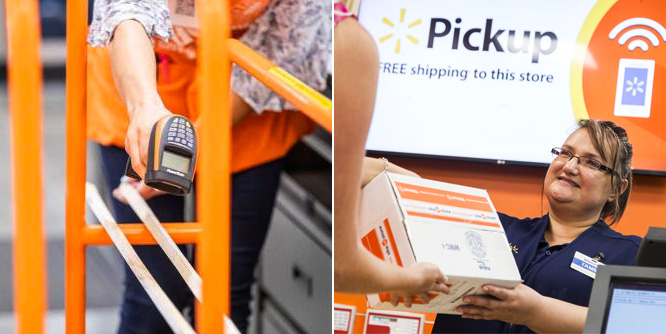 Many retailers saw dollar sales slow and profit margins drop over the first six months of the year as consumers reduced their spending on discretionary goods and stuck to the basics. Some companies have responded to this situation by cutting back on dollar investments in technology, store remodels and other capital expenditures. Others, however, have increased their spending guided by the historical lesson that investments made during tough times lead to market share gains against rivals who held off doing the same until spending rebounds.

A report issued at the end of last month by the Federal Reserve Bank of St. Louis forecasts that better economic times are ahead in the near future as inflation tails off and the job market remains relatively stable.

It cites the Federal Reserve Bank of Philadelphia’s recently published “Survey of Professional Forecasters” (SPF), which projects that the Consumer Price Index (CPI) inflation rate will fall from 7.5 percent overall in 2022 to 3.2 percent next year and 2.5 percent in 2024. The same survey found that the Federal Open Market Committee’s preferred means of measuring inflation, the personal consumption expenditures price index, will go from 5.8 percent this year to 2.8 percent in 2023 and 2.3 percent in 2024.

The SPF consensus expects real gross domestic product growth in the second half of 2022 and the first half of 2023 in the 1.25 percent range. Further gains are expected in the back half of 2023 and into 2024.

CNBC reports that among top-tier retailers, Amazon.com, Best Buy, Home Depot and Target are boosting their capital spending in the double digits, with only Gap cutting back.

“There is definitely concern and awareness about costs, but there is a prioritization happening,” Thomas O’Connor, vice president of supply chain-consumer retail research at Gartner, told CNBC. “A lesson has been taken from the aftermath of the financial crisis.”

A Gartner study that tracked capital expenditures during the 2007 to 2009 economic downturn found that 60 companies that increased their investments during the two-year period saw their earnings double between 2009 and 2015. Those that failed to invest saw little change in their profit picture in the years that followed.

[Editor’s note: An earlier version of this story stated, based on CNBC’s report, that Lowe’s was reducing its capital expenditures. This was incorrect.]

DISCUSSION QUESTIONS: Should retailers currently struggling with sales and profits seek to increase or decrease their capital expenditures at this time? In what areas is expanded CapEx spending most needed at retail?

Please practice The RetailWire Golden Rule when submitting your comments.
Braintrust
"Advances in technology are making it critical for businesses to invest in foundational system upgrades if they hope to stay relevant going forward."

"The leading retailers — the ones that are killing it right now — are investing significantly in technology, logistics and operations."

"Businesses should always be investing in future growth, the question just becomes where."

19 Comments on "Is now the right or wrong time for retailers to invest big in their businesses?"

One of the greatest characteristics of the U.S. economy is its ability to recover from a difficult economic situation. If they invest in the right places, any time is a good time for retailers to invest judiciously. The objective should be to increase more sales from existing locations.

It’s not surprising that the retailers who made investments during down times saw their results significantly improve going forward. While there is never any guarantee that an investment will pay off or deliver the desired outcomes, it’s important that retailers continue to find new ways to deliver a better store experience and increase sales. Of the many investments retailers can make, I urge them to look more closely at store technology and tools that enable their front-line staff to serve customers more effectively.

The retail industry is at an evolutionary change point. Advances in technology are making it critical for businesses to invest in foundational system upgrades if they hope to stay relevant going forward.

Yes, an evolutionary change. Retail will be very different in the next five years and again in the next ten years. There will be a more significant change than we have seen in the last 5/10 years. Now is the time to invest in the future. They must try to focus on future consumer trends and take advantage of them rather than fight them. Investment based on what is happening today is a waste of investment.

The lesson, again, is companies have to always have positive cash flow so they can pull ahead. It’s obviously a delicate balance because the stock will be punished if operating expenses and CAPEX cut into margins but it seems terribly short-sighted to cut off all investments. Memories are definitely short term when it comes to dealing with challenging times.

Retail is full of examples of companies that cut back on making capital expenditures during tough times, and in almost every case it was a disaster. Sears, Kmart, J.C. Penney. It doesn’t take long for a retailer trying to cut corners by not investing in their operations to fall behind and for the customers to notice.

One area I’ve been hearing about retailers investing is in branded product. Not private label, but brands they develop or buy and want to make a run at distribution well beyond their own stores. I initially scoffed at this idea – creating a brand is incredibly difficult and buying a decent one may go well beyond eight figures. But the more I thought about it the more sense it made to me. Higher margins, direct input from shoppers at all stages of development and control over production similar to private label. It could actually work if the retailer doesn’t bite off more than they can chew and if they bring in brand managers that actually know what they’re doing.

Retailers that do not invest in the right capabilities will be left behind. The question is not whether to invest or not invest but WHERE to invest and NOT invest. The harder question facing retailers today is whether to outsource functions or build in-house. Most retailers that are moving forward and leading the industry have a hybrid model that includes both. Having a specific market strategy and clear brand vision is key; retailers cannot be all things to all people — that is when capital funding can go down a larger sinkhole.

Now is the exact right time for retailers to invest in tools and update processes that will get them closer to their consumer.

Rethinking go-to-market and merchandising strategies, better predicting what the consumer wants, getting faster to market and building deeper relationships with their shopper is critical to staying afloat. Understanding why revenues were down and why excess inventory is still an issue are directly related to right product at the right time and in the right place.

I like “rethinking.” Historically retailers have invested in today’s and yesterday’s business. They must embrace changing consumers and changing markets.

Businesses should always be investing in future growth, the question just becomes where. Investment in technology that drives cost savings and ROI will benefit them in the short and long term.

Looking across the vast retail landscape, I see a lot of retailers stuck in a pre-pandemic mindset. While opening the doors and returning to happier times might seem like a great achievement, the reality is that so much has changed in the past three years. Three areas worth review and investment: new product offerings, new operational and marketing technology, and re-designing customer service programs – all with the goal of better understanding and serving the customer and their current expectations of the retail experience.

The leading retailers — the ones that are killing it right now — are investing significantly in technology, logistics and operations. Now is the time to put together plans to advance in the future, and make those investments now.

For the last couple of years, consumers have had a less-than-great set of experiences in retail stores. The day has come that every retailer needs to focus on thrilling customers entering the store, giving them the feeling just like the one customers get at Disney Land in the first 30 seconds of entry. The fixtures on the floors have to be shaken up a bit. We’re all in the amusement business. Shake the store up and understand it must constantly move around. And the staff performance must be stellar and have fun with patrons.

The critical question for retailers, it seems to me, is, “Invest in what?”

Gone are the days when value creation for retailers came down to adding more square footage. Today, capital must flow into capabilities that can differentiate the business with shoppers and support profitability.

2) Digital technology and order fulfillment infrastructure to support enhanced shopper experiences across all channels of interaction with the retail enterprise.

One of Sam Walton’s rules for a successful business, was “swim upstream.” In other words, as others are heading in one direction, in this case cutting investment, go the other way. In my book on marketing strategy I offered a similar rule, namely, “do the unexpected.”

Remember the words of Frederick the Great. In 1747, he gave these instructions to his generals, “Everything which the enemy least expects will succeed the best.”

The highest-risk strategy is often the best strategy, because no one expects it. Investing now is doing the unexpected!

This question just seems too easy: is there ever a right time to not invest in your business? The answer is no (if not “NO!”).

Obviously, it may not be the right time to invest in this or that technology, but the idea of doing nothing is flawed … short-termism at its worst.

Regardless of whether there is a fundamental or surface-level issue, now is the moment to address it. The COVID era very well taught us that no matter how hard a situation is, eventually things start to get better. I believe tough times lay out an ideal base to re-invent and transform. Additionally, “Upswings and Downswings” are a part of the economy, but companies with a solid strategic foundation have a clearly defined vision and they know when and how to invest.

Braintrust
"Advances in technology are making it critical for businesses to invest in foundational system upgrades if they hope to stay relevant going forward."

"The leading retailers — the ones that are killing it right now — are investing significantly in technology, logistics and operations."

"Businesses should always be investing in future growth, the question just becomes where."