Party City to run pilot with Amazon, ‘the world’s largest and most trafficked mall’ 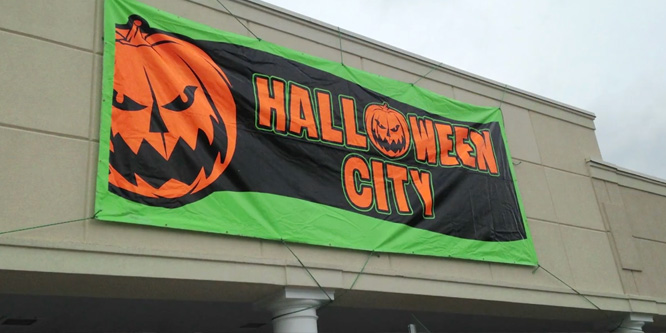 Party City is the latest retailer to decide that co-opetition beats competition when it comes to Amazon.com. The nation’s largest party supplies chain announced yesterday that it will run a pilot program with the e-tail giant to offer specially selected products, primarily costumes, in advance of Halloween.

Speaking on the chain’s second quarter earnings call, CEO James Harrison called Amazon “the world’s largest and most trafficked mall.” He said moving to the online marketplace would allow Party City to expand its reach beyond its stores and website. For Halloween, Mr. Harrison said that Party City would make about 25 percent of its costumes available on Amazon.

Mr. Harrison said that the company plans to add other products for Christmas and New Year’s to Amazon should the Halloween test go well.

“We will utilize the learnings we gain over the next several quarters to form a disciplined ramping of product availability as we leverage our position as the leading manufacturer, supplier and retailer [of] consumer party goods” to grow Party City’s market share, Mr. Harrison said (via Seeking Alpha).

Party City’s decision to sell on Amazon is in line with its recent push to strategically grow its business. The retailer announced in June a pilot to open 50 Toy City temporary stores next to its Halloween City pop-ups. At the time, Mr. Harrison said the move was “a logical extension of our brand; one that will allow us to leverage our existing pop-up store capabilities and capitalize on the category whitespace that has recently been created.”

DISCUSSION QUESTIONS: Does it make strategic sense for Party City to sell on Amazon’s marketplace? What do you expect Party City will learn from the experience?

Please practice The RetailWire Golden Rule when submitting your comments.
Braintrust
"If shoppers are willing to take a chance on an unseen costume, then it'll work. "

"...to me it feels like Party City is looking for expanded brand recognition and market presence."

"It’s doubtful that this category is one that Amazon will want to take over by itself, do directly and later kill off the partnership..."

19 Comments on "Party City to run pilot with Amazon, ‘the world’s largest and most trafficked mall’"

The pilot program to sell products on Amazon should boost Party City’s existing online operations and allow it to expand its customer base. As always, there are some fears that partnering with Amazon could cannibalize sales from existing stores, however, I still think that the move is sound for a number of reasons.

Foremost among these is the fact that Amazon is a growing destination for party products and especially costumes (which will form the bulk of Party City’s offer). Against this reality, Party City having a presence on Amazon simply makes sense. Secondly, while there is some overlap in customers who shop at Party City stores and on Amazon, there are a great many more who shop on Amazon but not at Party City. As such, the new arrangement should be helpful in allowing Party City to grow its share of shoppers. In any case, at this stage the venture is a pilot, so Party City can adjust and flex the strategy depending on what makes commercial sense.

It makes strategic sense for Party City to offer the limited assortment on Amazon, i.e. a select number of the higher-priced items.

Partnering with Amazon can be successful, and I see Party City doing well with this arrangement. I agree with the adage “if you can’t beat them join them.” If Party City didn’t partner with Amazon, Amazon would find someone else. I don’t see much of a downside here. I like that Party City is only providing 25 percent of their Halloween costumes, so that still gives their customers a more extensive selection in their Party City stores and website. Amazon has been building good partnerships with other retailers, and I see no reason why this can’t be another one.

Smart move on Amazon’s part and good luck to Party City. The real question to be answered is how the consumer buying approach really could work in this product category.

Amscan owns Party City and Costume USA. It’s just another way to grow the pie — they don’t lose. The ones who do lose are the independents who are competing against the supplier who is also their brick-and-mortar competition.

That vertical integration and Amscan’s expertise at licensing media properties are insurance against Amazon learning what sells and coming out with private-label items, as well.

Of course this makes sense. Why wouldn’t Party City open a store in “the world’s largest and most trafficked mall” Per CEO Harrison? Amazon is not a competitor. It is a mall.

Too many retailers think of Amazon as a competitor when the real competitors are other retailers that sell their goods on Amazon. Bravo for Harrison’s forward thinking.

If they’re accompanying the idea to sell on Amazon with a strategy to move newly acquired customers back to Party City, then I think it’s an ok move. Smarter if the costumes they sell on Amazon are Party City brand. Harrison is playing with fire here. Toys “R” Us learned the hard way years ago. I’m not saying that it’s a bad strategy for Party City right now; it’s that Amazon has all the power the equation.

If Party City doesn’t sell on Amazon, someone else will.

Well, if they’re re-selling Ruby’s costumes, then no, it makes no strategic sense. However, if they are selling their own stuff, then yes.

A quick bit of history: The party supply business was notoriously un-scalable. Party City’s original success was predominantly from franchisees, not company stores. But then Amscan (a manufacturer of paper products) bought them, and re-branded the company as Party City and went public. All of the sudden, scale could happen!

So there is nothing quite as zooish as a party supply store in the three days before Halloween. If shoppers are willing to take a chance on an unseen costume, then it’ll work. Of course, there will be a high volume of returns, but re-pack is a fact of life in the Halloween business anyway, so no real harm there.

This is thinking outside the box for both Party City and Amazon. Neither has anything to lose by giving it a limited look. If successful, then expand the line. If not, no harm no foul. It appears this is one of those ventures that no one is sure will work; but why not try? Others have ventured and many have won in the deep waters of Amazon.

Will it work? I am sure they will sell items. There are customers who want to, and will, sit on the recliner and buy a costume. That’s simple. However retail is emotion, and selling Halloween in their stores — letting customers see all the different and exciting options throughout the store — creates excitement and emotion. And that leads to trade-up and multiple item purchases. So to me it feels like Party City is looking for expanded brand recognition and market presence.

I think this one makes sense. It’s doubtful that this category is one that Amazon will want to take over by itself, do directly and later kill off the partnership (and Party City in the process). Overall I think dancing with this elephant is a dangerous move for most other retailers.

With Party City’s aggressive growth strategy, selling on Amazon should give them a huge bump in sales. It increases their target audience beyond the consumers that are in close proximity to one of their pop-up stores.

The biggest learning experience will likely come from returns, as online purchases have significantly higher return rates and associated costs. Overall, I think it is a smart move for Party City.

Seems like a wise move. Millions of internet searches for Halloween costumes will inevitably journey through Amazon. Party City, don’t forget to measure the exercise and success so it’s quantifiable and can be optimized next time. Not just sales, but also demos, path-to-purchase, etc.

I’m not sure how we could argue that it doesn’t make sense for them to sell via Amazon. Let’s face it, Halloween is probably the biggest costume shopping occasion in the year, so even if it was only for that holiday it would make sense as a way for Party City to maximise its sales.

If you can’t beat ’em, join ’em. Glad they are approaching as a test as partnership with Amazon can be a huge boost to sales overall, or it could be a supply chain nightmare. However, testing this out with one of the main traffic-driving times for their stores can lead to a false read of how successful (or not) the test will be.

Using a portion of products in the pilot test is a great idea and choosing Halloween is a terrific idea. The popularity of Halloween costumes and decorations makes it a great test market. The test will help determine whether people want to search for party items on Amazon and which ones. It will be important for Amazon to ensure accurate, timely delivery to maintain their reputation.

As often mentioned here regarding listing or not listing on Amazon, listing is an obvious choice as part of many retailers’ distribution strategies. As Mr. Harrison states, Amazon in the world’s largest and most trafficked mall. The issue is the cost to list. Just as opening a store in the top malls is more expensive than less popular malls, the cost to list on Amazon is high. But the reward in terms of awareness and overall market share can be significant.

The magic is to determine the amount of business that Party City can afford to flow through Amazon, given the high fulfillment costs. Each distribution platform provides a known profit per item sold, plus the halo effect of omnichannel. This must be carefully analyzed to determine optimum platform mix. If they can keep the mix optimized between their physical stores, their website, and 3rd party sites such as Amazon, the strategy can work. It is, however, a delicate balance and can easily get mismanaged.

Braintrust
"If shoppers are willing to take a chance on an unseen costume, then it'll work. "

"...to me it feels like Party City is looking for expanded brand recognition and market presence."

"It’s doubtful that this category is one that Amazon will want to take over by itself, do directly and later kill off the partnership..."