Should customers be offered discounts to keep returns? 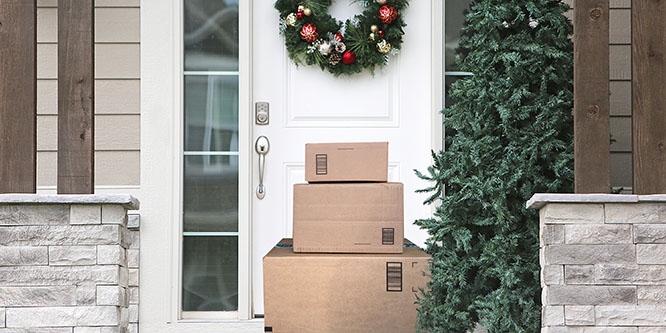 The study, based on a survey of nearly 3,000 U.S. consumers at the tail end of the 2020 holiday season, found that many customers were open to taking a discount for all the major reasons returns are made.

The survey found that for a 30 percent discount:

Net-net, a discount of 30 percent or even higher appears to be worth it economically, given the costs of reverse logistics.

The just-released CBRE-Optoro annual report estimates that, on average, it costs $33, or 66 percent, of the price of a $50 item for retailers to process a return, up from 59 percent last year. Costs vary greatly by item.

Factors contributing to the high cost of returns include transportation, processing, discounting and liquidation losses.

To manage returns more effectively, Optoro noted that some retailers are letting customers keep or donate unwanted items rather than returning them, neither of which allows the retailer to recoup the item’s value. A Wall Street Journal article from January 2021 found Amazon, Walmart, Target and Chewy among retailers increasingly participating in the practice.

Retailers are also investing in automating the decision-making process to route returns to the next most profitable channel.

CBRE estimates that at least 30 percent of holiday purchases will be returned. Returns are expected to increase 13 percent year-over-year, in line with NRF’s holiday sales forecast. Given online’s higher-than-average return rate, returns are expected to be up 45.6 percent over the previous five-year average.

DISCUSSION QUESTIONS: What do you think of offering a discount to encourage consumers to keep planned returned items? Can the practice avoid return fraud or abuse?

Please practice The RetailWire Golden Rule when submitting your comments.
Braintrust
"Offering consumers a discount to keep an item they originally planned to return opens a whole new can of worms."

"If not managed properly, this idea could create a whole new scamming play with the unethical person."

"Personalization engines should be able to help support the best strategy for each customer."

19 Comments on "Should customers be offered discounts to keep returns?"

Beyond the financial negative impact of returns to the retailer, there is also a significant environmental impact of returning goods. Offering incentives to keep goods makes sense on many levels and retailers should be exploring and testing programs to encourage it. Of course there will be some consumers who try to take advantage of the system, like by deliberately ordering items and then returning them for additional discounts, but these abusers can be spotted and program terms adjusted to minimize the fraud.

Offering consumers a discount to keep an item they originally planned to return opens a whole new can of worms. It’s a potential money-maker for dishonest customers. If implemented I see a lot of fake return requests in the future.

It’s a good idea in apparel because the cost of “freshening up” the item can seem high and return rates are absurd. But on the flip side, I like the idea of having an in-store rack with discounted returns, which some chains have done. That way, they don’t reward the return — and — eBay will have fewer things to sell (“NWT”).

So given a choice, I’d put them on racks in the store. The secondhand market will be hot for a while anyway.

So on top of the discount that had to be offered to incentivize the purchase, now the retailer will offer an additional discount to incentivize keeping the purchase — which is not really wanted. Because that makes the whole thing financially and environmentally more efficient? Madness, utter madness. Online purchases and returns with almost no consequences. Look at the money we’ve saved! Look at the friction we’ve removed! Brilliant! So how come we’re going broke?

As many of you know I’m sure, Amazon’s approach is often to just say “keep it” at no charge vs. returning something as stated. But if you’ve stolen something and you’re trying to return it, forget about it.

I always thought that there should be a restocking charge for returns and that customers should be offered the choice to keep or pay. To now reward customers for not returning is based on the fact that returns have been free with most retailers. Offering a discount to not return product is counterintuitive.

Many of us who have stood behind the counters after Christmas for days handling refunds know that exchanges were dramatic. We offered the customer the opportunity to exchange the undesired item and to look to see if something else in the store would be an acceptable replacement, with a gift card of a minimal amount as well. Surprisingly, it did work and we did maintain margins that could go down and out of sight. I didn’t enjoy most of those interactions! But it’s the competitive game we elect to play.

To make this work, someone (or AI) needs to figure out the math. The survey of 3,000 (mentioned in the article) is a start, but we need to take a closer look at the actual customer behavior.

I like the idea of offering a discount to avoid returns from an ONLINE retailer. In response to some of my colleagues above, put a limit on returns for an individual and offers of discounts to repeaters to avoid cheaters. Not foolproof, but if it saves money I’m a fan.

Personalization engines should be able to help support the best strategy for each customer. I like the in-store return rack, and perhaps offering a customer a store credit above the value of the return credit for returning the item in person might reduce the return logistics, and convert that return into another sale.

If not managed properly, this idea could create a whole new scamming play with the unethical person. Retailers should look at ways to increase the sales funnel with credits and/or loyalty incentives that encourage the propensity to purchase more.

It may be as simple as saying you will have no more than 3 “return incentive discounts” in a year. But the scamming customer will say, okay, I will only try to return 3 times, after that, no more.

At that point it is sort of like you look at the average return rate of the customer in the past and you see last year they ordered 10 times, and returned 3 orders, so 30% return rate. This year they ordered 5 times but then this year they tried to make 3 returns so you gave them 3 return incentive discounts so they kept all of those purchases, and they did not actually send in any returns this year. But now their return rate is suddenly 60%. Is this a problem or was it just coincidence?

Anything that lessens the need for a customer to compromise when it comes to returning merchandise should be considered. Despite the myriad of ways to simplify returns, the customer must still do something – return to a retail location, take to a UPS store, package, print a label and drop in UPS box, etc. Providing some form of discount provides for a smaller compromise than returning an item. There will be abuse, but it may be less than the costs associated with returning an item. These expenses will need to be incorporated into the cost of doing business.

This doesn’t seem like the right approach. I think restocking fees may need to become more common.

Maybe you can have the restocking fee waived if you go make the return at a physical location of the chain in question. Also could “free returns” become a new perk of Amazon Prime (and a restocking fee for everyone else)?

What if online retailers could re-sell the return right off the customer’s doorstep instead?

There is still a cost to the retailer (discounted resale), but maybe it’s a better reallocation of the loss? Feedback?

I find the results of the survey a little bit suspicious: if you’re a medium, would you keep an XXL for a discount? Why? Or if you were sent a toaster rather than a waffle iron?

Admittedly, I may have approached this with preconceptions, but I found them all too well supported: namely, that many people are trying to game the system; those of us who feel return policies are already too generous will shudder at the potential for mischief here. Reducing returns thru smarter buying (by customers), painful though it may be to accomplish, seems like the best solution.

This is why we should keep accountants out of retailing.

Negotiating after you buy will become a game for customers. This is not how you build a brand or serve customers.

Discounts are no solution to the problem of returns. They can help retailers save money on reverse logistics, but chances are that these discounts will increase customer return fraud and abuse.

So if retailers give discounts then I think customers would wind up paying more for their purchases. Because retailers will not reduce their profit margins to meet the cost of these discounts. Instead, they will increase product prices. Retailers have nothing to lose in this situation because they can avoid the trouble of reverse logistics while improving customers’ shopping experience and increase profits. However, I firmly disagree with such practices because there are better alternatives such as better size charts.

Braintrust
"Offering consumers a discount to keep an item they originally planned to return opens a whole new can of worms."

"If not managed properly, this idea could create a whole new scamming play with the unethical person."

"Personalization engines should be able to help support the best strategy for each customer."