Is Franchise Group’s plan for Kohl’s a retail disaster in the making? 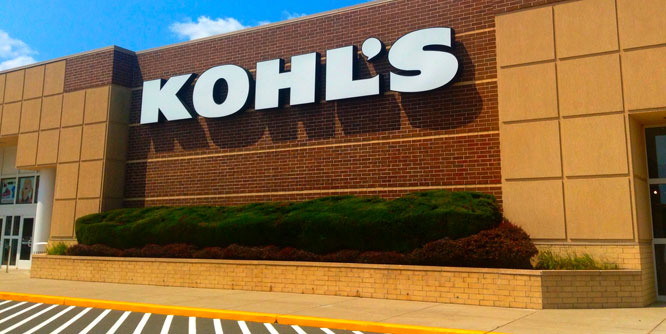 Franchise Group’s plan to acquire Kohl’s is similar to previous deals in retail that saw companies such as Mervyn’s, Shopko and Toys”R”Us saddled with debt and selling off assets before eventually failing, reports The Wall Street Journal.

The owner of The Vitamin Shoppe, Pet Supplies Plus and other retail brands is looking to finance most of its $60 per share bid for Kohl’s by selling off the retailer’s real estate assets. Franchise Group, which will kick in $1 billion of its own money, earlier this week entered into an exclusive three-week negotiation period with Kohl’s, which doesn’t presume a deal will be finalized.

Franchise Group, as its name suggests, has built its business not on operating its own stores but finding franchisees to do that work. There hasn’t been any reporting to date indicating that it would apply the same business model to Kohl’s.

The would-be owner of Kohl’s joins all publicly-named bidders for the chain in seeking to monetize its real estate holdings. It does not appear, however, that Franchise Group will seek to split off Kohl’s physical and digital operations as others, including Acacia Group, Hudson’s Bay, the parent of Saks Fifth Avenue, and Sycamore Partners, have done.

Simon Property Group and Brookfield Property Partners, mall operators and co-owners of JCPenney and other retailers, have also been among more than 25 companies that have reportedly expressed interest in acquiring Kohl’s. History suggests that neither of the two would split off Kohl’s online and physical store operations.

Kohl’s, which operates more than 1,100 stores in 49 states, is known for its off-mall locations. The Journal reports that, as of January, Kohl’s owned 410 locations, leased 517 others and had ground leases on 238 stores.

The retailer, like many others, lowered its annual sales and earnings forecast after its same-store sales fell 5.2 percent in the first quarter. Kohl’s adjusted its net sales forecast to be flat to up one percent over last year, compared with its previous guidance of a two to three percent gain. The chain is now looking for its adjusted earnings per share to come in between $6.45 and $6.85, compared to a range between $7.00 and $7.50.

DISCUSSION QUESTIONS: Do you think that Franchise Group is the right company to acquire Kohl’s? Are there other bidders that you think would be a better fit, or might Kohl’s go unsold at this point in time?

Please practice The RetailWire Golden Rule when submitting your comments.
Braintrust
"There has to be a better deal out there."

"I think and hope they go unsold for now. None of the players who are interested would add enough value to justify selling."

"This will not end well."

25 Comments on "Is Franchise Group’s plan for Kohl’s a retail disaster in the making?"

I don’t see how Franchise Group can add a lot of value to Kohl’s business and the financing approach is concerning. I understand that Kohl’s management needs to review every bona fide offer, but it seems to me that there are other opportunities for Kohl’s that present a more encouraging outcome. And notwithstanding poorer sales results, Kohl’s is not a distressed retailer and they don’t need to do a deal — they can bide their time for better/different offers.

Well said, Mark! But of course this proposal isn’t really about what Kohl’s needs, it’s about what FG needs (or wants).

Unless Franchise Group has special and different plans than franchising Kohl’s, this is a questionable investment. There has been more than one example of businesses that were doing well after an acquisition, but for the fact that they just couldn’t service a huge debt, causing their demise. It would be sad if the same fate awaited Kohl’s as a result of this transaction. There has to be a better deal out there.

Franchise Group is the ideal buyer if you take a financial transaction view of the deal without respect for the future of the business. Using a company’s assets to buy that same company turns the business on its head while jeopardizing its future.

In such deals, the real estate card usually plays out badly for the company, its employees, and its customers and community. The winners cluster around those securing transaction fees, the active investors seeking an exit, and the new real estate holders. Think of it as bondholders versus distressed equity holders of a company’s weak balance sheet.

What does Franchise Group bring to the table? We can’t be sure as they have not revealed their exact plans but, on the surface, it doesn’t seem like a lot. In the typical fashion of these sorts of deals, they put up minimal cash and fund the takeover by selling off Kohl’s real estate and maybe adding debt to Kohl’s balance sheet – both of which weaken Kohl’s. I am not a fan of this deal.

I have to say, it has grown wearying to see companies like Franchise Group come in and strip a company of its assets, burden it with debt and then say “oops — didn’t work.”

I don’t want to live through another Eddie Lampert Sears story. It’s tiresome and not particularly useful.

Gulp! This one scares me.

Maybe this is brilliant financial engineering. Or maybe this is a brilliant way to extract value from the real estate. I’m not qualified to judge. Or maybe this is a brilliant plot by Target, JCP and Macy’s to put Kohl’s out of business. Look at all the market share that would be up for grabs! But as a pure retail play, this is a total head-scratcher. What current market dynamic issues is it solving? If you tell this tale to a group of dedicated Kohl’s customers, how do they respond? “Cool! Just what I’ve been hoping for!” Doubtful. Investors who bought the stock back in 2020 when it was bouncing between $12 and $20 will be thrilled to bail at $60. But as far as solving retail problems in the chaotic market of 2022, this sounds like a non-starter.

If, in fact, Franchise Group plans to implement some type of “franchise” model on Kohl’s, and burden the deal with significant debt, then the probability of another retail disaster occurring is quite high. Frankly, Kohl’s ought to sit tight and wait for a better deal to come forward. We’ve seen too many quality companies dismantled, and I’d hate to see this happen to Kohl’s.

The question of future operating model success notwithstanding, the history of retailer acquisitions through heavily leveraged buyouts has a really poor track record of success.

Given my usual disclosure (longtime employee and current shareholder of Kohl’s), this doesn’t feel much different from the Macellum Group’s plan to “leverage” the company’s real estate assets. I’m not seeing real synergy between the two business models, either.

There is no point in an acquisition unless it adds value in the areas where Kohl’s either fundamentally falls short or needs improvement to be truly remarkable. I don’t see anything meaningful that Franchise Group brings to the table. Moreover, Kohl’s is a great example of what I call the boring, unremarkable middle and there is every reason to believe that without radical change they will continue to lose market share. Adding more leverage to this scenario IS a recipe for disaster. The only merger partner that makes any sense that I can see is Amazon, as I discuss in a recent Forbes piece. But as I point out, this is far from a slam dunk. Sadly, I expect this to end badly for all involved.

This is looking to become very ugly…

Unless Franchise Group has some magic formula or special powers, I’m not sure that they are the ideal turnaround partner for Kohl’s.

Does Kohl’s need help? Yes. Is a franchise model or some play on real estate a feasible path forward? Maybe. Am I confident that Franchise Group is the best fit? Likely not.

When I read about Kohl’s management agreeing to be in exclusive talks with Franchise Group, I did a couple things. First I looked to see if the article was from a reputable source (CNBC was the website), then I still couldn’t believe it so I checked the article date and, well, it wasn’t April 1. Then I looked and saw other articles about it. So okay, it must be true.

There is no need to go on a long winded post about this topic.

The fact of the matter is Kohl’s current management is not good. They have made a lot of mistakes especially since the COVID-19 reopening. And entering exclusive talks with “Franchise Group” is just another mistake. And this mistake looks fatal.

Two sides to this ancient and reoccurring saga. One: investors. Two: shoppers. Investors expect a return on investment, aka money. Shoppers expect problem resolution and ego satisfaction aka a good deal.

Looking across the last 10 years of department or apparel stores, we see most of them are gone or radically changed. All have given their investors their due.

Now it’s Kohl’s turn. Whomever buys KSS, shoppers will not get what it expects, however, investors will.

Understand the need to maximize shareholder value, but this acquisition doesn’t bring much to the table in terms of synergies or expertise to help with the retail business or shopper experience. Ultimately in this world, shareholder value rises above all other priorities.

This will not end well.

I hope this deal does fail. Kohl’s is a significant retailer and it would be a shame to see it fail. There are changes that need to be made — deeper home appliance mix, stronger footwear depth and big transformation with its Kohl’s Cash design — always bouncing customers back with discounts is a negative impact on profit.

The world is funny: if you walk into a store, throw the merchandise on the floor, rifle the registers, and set fire to the building before fleeing, you’re likely to be arrested and either tried for a crime or committed to mental hospital. But if you walk into the exec suite with an idea that accomplishes pretty much the same thing — only involving advisers rather than first responders — you’ll be loaned Billion$ and hailed as a genius.

Where were we? Oh yes: right company? I’m leaning toward “no.”

This deal, if it is one, is only good for the Kohl’s executive team, one of which recently left for DSW. Besides the fit and the LBO aspects, let’s not forget we’re in a rising interest rate environment in a softening economy that still has too many retailers with no strategy other than promotion to drive sales.

I think and hope they go unsold for now. None of the players who are interested would add enough value to justify selling. Kohl’s should continue to innovate with new partnerships and offerings and wait for a more strategic, value based, offer that will help them drive long term growth.

For Franchise Group this is a focus on financial/monetary gains and less synergistic engagement with existing brands. Frankly, there are few compatible parties that might be able to leverage Kohl’s or generate value from corporate synergies. Bluestem or Sycamore might be better partners as they have more tightly knit fashion retail branding. Though any PE solution will not be a good omen for Kohl’s. Bootstrapping their way to success would still be the best option given how much they’ve pioneered with concepts like the Amazon returns … and more.

Braintrust
"There has to be a better deal out there."

"I think and hope they go unsold for now. None of the players who are interested would add enough value to justify selling."

"This will not end well."